How probiotics shape our DNA 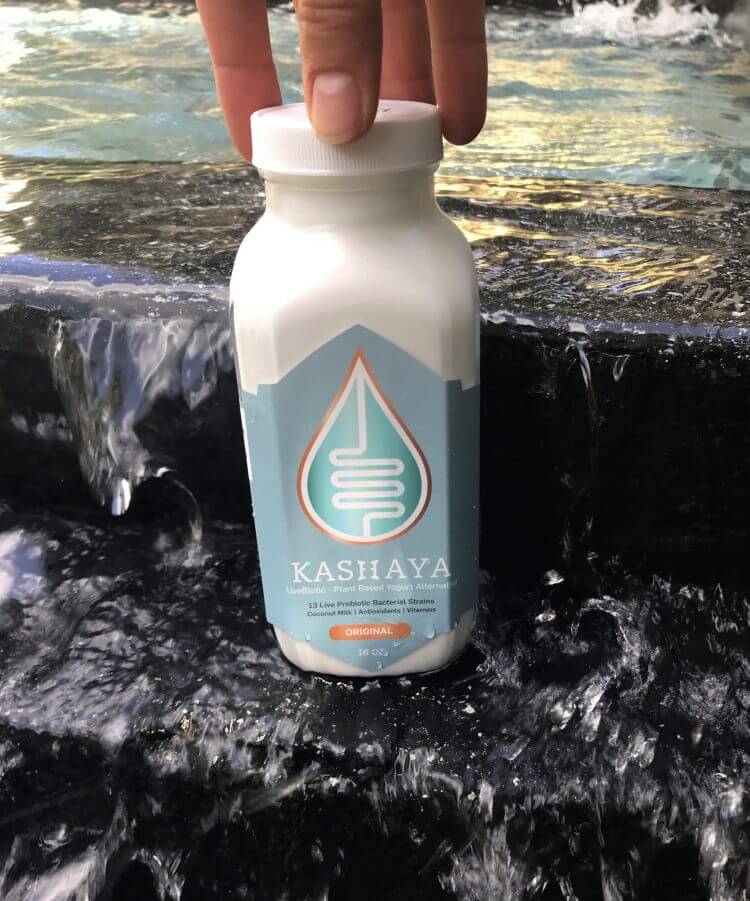 You may have recently heard that probiotics hold the key to your DNA. The trillions of microorganisms in your gut are a community unlike any other. Sure, there are similarities that make all of our guts more or less the same. But, each of us has a bacteria community that is as unique as our DNA. And, just like our DNA, the makeup of this community is partially inherited from Mom and Dad. It’s one of the reasons that people who are pre-disposed to obesity have different gut bacteria than someone who is ‘naturally’ slim. It’s in our DNA and our gut. Yet, while there is a definite connection between our DNA and our gut, there isn’t concrete evidence supporting claims that probiotics shape our DNA. What we do know at the moment is that no two communities are alike, they’re constantly evolving and changing, and our gut does affect certain traits and health features.

Twins might have the same eye color, make the same vocal sounds, and have an uncanny ability to understand each other’s emotions. Yet, one major difference between the two of them is their gut. Tim Spector from Kings College in London and Ruth Ley from Cornell University in New York analyzed the gut bacteria of 977 twins. They found that while the gut bacteria of identical twins were similar, they were not identical. In fact, they were entirely very different.   Considering that identical twins share the same set of genes, it’s interesting to note that they can have very different bacteria communities present in their guts. The study did open up a new discussion about how genes may or may not influence our gut microbiome. And, it could explain why identical twins can have different body types, personalities, and why one might be more susceptible to diseases.

The same study that Spector and Clark did also showed the types of probiotics that we do inherit from our parents. When they tested the different strands of bacteria present in the twins, they found that there were similarities. The biggest similarities were the bacteria that were linked to disease. It turns out that each identical twin had these types of bacteria.  “It could be one of the mechanisms for genetic inheritance of disease – a route we haven’t thought of before,” says Spector.   Inherited diseases also involve our microbes. A type of bacteria that lives on the skin causing infection and irritation causes acne. It’s common to hear that ‘good skin’ is inherited from our parents. So, if one of your parents had acne, then you might too. That means that you’ll be susceptible to this type of bacteria. Yet, altering the bacteria in your gut can alter your susceptibility to acne.  Some studies have shown significant improvements in patients when they consume probiotics containing L. acidophilus. Some researchers believe that this has to do with the gut’s barrier. When probiotics are consumed that improve the gut’s barrier, the body is in a stronger position to protect itself against bacteria that could cause acne.    It’s interesting to note that science is taking a look at history. In the early 20th century doctors attributed acne to constipation and depression. While we don’t correlate those three together anymore, it is important to note that our gut can make us susceptible to certain diseases like acne and depression. When our gut microbiomes are out of sync, the rest of the body becomes so as well.

Our Body Types Are Designed In Our Guts

There are people who can eat all they want and not gain a pound. And, the answer as to ‘why’ lies in their gut. One of the microbiomes linked to weight gain or the lack of it is christensenella. We all have it. Yet, depending on your parents you might have less or more of it. Most people have around 1% of this bacterium present. Others can have as much as 10%. And, the more you have, the more you’re protected from obesity. A study performed on mice at the University of Guelph in Ontario, Canada proved as much. When mice were given a high sample of Christensenella, they were protected from weight gain when compared to mice that were given low samples.    While more research is needed to understand just why and how some people have a gut that allows them to stay slimmer, we do know that our gut microbiome can play a pivotal role in our genetic and physiological makeup.

There Is A Gut And Brain Connection

You’ve heard the saying, “You are what you eat”. It could also be said, “Your brain is what the bacteria in your gut is.” Science has shown us that there is a connection between our brain and our gut. They communicate with one another sending signals back and forth along or nervous system. In fact, the brain and our gut communicate so often that the gut is often called “a second brain”. According to Harvard. Health, the gut “produces many of the same neurotransmitters as the brain does, like serotonin, dopamine, and gamma-aminobutyric acid, all of which play a key role in regulating mood. In fact, it is estimated that 90% of serotonin is made in the digestive tract.”    Does that mean that happy people have a ‘happier’ gut? Well, almost. What happens in the gut affects the brains. Digestive problems or an upset stomach can trigger anxiety or depression. Stress can trigger digestive problems. Some studies, like one published in 2016 in Frontiers in Aging Neuroscience have found that probiotic-rich diets can improve cognitive function and improve moods after twelve weeks.    A 2013 study published in the Journal of Gastroenterology found that women who ate probiotics twice daily experienced calmer moods after 4 weeks. MRIs were taken of the women afterward to show that certain areas of their brain weren’t as active.    While the studies don’t exactly show how the gut can affect our brain, they do show that they do. Eating probiotics isn’t a mood enhancer, but it might improve the bacterium community in your gut, which in turn could send signals to your brain that everything is alright.

Human beings are constantly evolving to adapt to our landscape. Since the dawn of humanity, our human genome has quickly mutated to do everything from making us taller to being able to digest milk. These adaptations happen in our DNA making it easier for us to survive. And, it turns out that probiotics, small living microorganisms that are generally beneficial for our gut health, can do the same. Each probiotic reacts differently and can evolve depending on its host. In other words, we could all eat the same probiotic. Yet, it could adapt to our bodies differently and evolve into something with completely different properties.    A study from the Washington University School of Medicine in St. Louis found that a strand of Escherichia coli (E. coli) bacteria could have new properties within one week after being placed into the intestines of mice. Now, it should be noted this particular strand of E. coli is sold in Europe as an anti-diarrheal probiotic. Yet, the study found that depending on the mice’s diet and the makeup of the gut-bacteria community already present, the E. coli strand turned out differently.

Different Probiotics Can Change Our Gut

This ability to evolve is important to note because the way a probiotic evolves offers clues about the host. For instance, probiotics didn’t make any noticeable changes when introduced to a gut with a diverse microbial community. The researchers used this information to offer probiotics as part of therapy to people suffering from PKU. The disease makes it difficult for people to break down phenylalanine, a protein building block. When a probiotic was introduced to their gut that could break down phenylalanine, there was a drastic decrease in the protein within one day.    This idea that probiotics can evolve and behave differently in people depending on their genetic makeup offers clues into how probiotics could be personalized food-based medicine.

Custom ‘DNA’ Probiotics Could Be The Future To Good Health

Several companies have already begun experimenting on developing probiotics that target genetic diseases. Called ‘living medicines’ are also being used in cancer research to prevent certain cancers. The theory is that by altering our gut, we’re altering our physiology. Some people who have inherited genes that put them at risk for certain cancers could protect their bodies from these cancer cells. Some companies have begun producing probiotics that target certain tissues in patients suffering from diabetes.    Synthetic biology is researching ways to improve probiotic supplements to address each of our individual needs. Our guts play a pivotal role in our health. And, the ecosystem of microbes in our gut, play a pivotal role in our genetic makeup. Altering this ecosystem could prove beneficial in preventing or curing everything from mood disorders to obesity and cancer. With science moving towards custom living medicine, who knows what good things the future holds?

Get new posts directly to your inbox!