Why Probiotics Are Important For The Gut-Brain connection 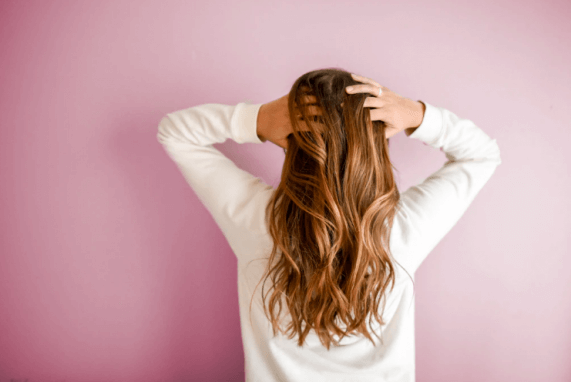 Your mental health is directly connected to your gut. Pathways of nerves make a two-way street that allows your brain and gut to send information back and forth. That’s one of the reasons why the health of one depends on the other. When your gut experiences health problems it sends messages to your brain. New research supports this intimate relationship with studies showing how problems in the digestion system can lead to depression and stress. When you learn just how interconnected these two systems are, you’ll want to ensure that your gut is healthy. And, one way to do this is with probiotics.  The gut is home to trillions of microbiomes, or simply put ‘gut bacteria’. Normally, when you hear the word ‘bacteria’, colds and diseases might come to mind. Yet, these living bacteria are generally good for and important for supporting your overall health. Some of these microbiomes are called probiotics. These types of yeasts and bacteria are naturally found in our gut. They can also be found in foods like yogurt, fermented vegetables, and kefir. When you regularly eat these probiotic-rich foods you’ll introduce  ‘healthy’ gut bacteria into your body to promote your overall health. So, let’s take a closer look at the type of healthy bacteria. In this article, we’ll get to know them by name and see how they keep the gut, body, and brain healthy!

How Does Gut Bacteria Affect The Brain?

As mentioned before, there are trillions of microbiomes in your gut. These support your digestion system and ensure that your body properly absorbs nutrients from food and eliminates waste. They also produce chemicals that affect how your brain functions. For instance, gut microbiomes produce short-chain fatty acids (SCFA) that control how the brain monitors your appetite. Other SCFAs promote regeneration in the brain. This is part of the reason that any type of imbalance or disorder in the population of these microbiomes disrupts your brain. Parkinson’s disease, a neurological disorder that causes problems with coordination, is believed to be the effect of an imbalance of microbiomes in the gut that cause rogue proteins to travel up to the brain.

How Do Probiotics Affect The Nervous System?

Your gut and brain are two organs that are connected physically and biochemically. One of the ways they’re connected is through the nervous system. It is comprised of billions of neurons (cells) that tell your body how to behave. The gut has around 500 million neurons that connect your brain to your gut through the nervous system. One of the biggest nerves that connect the two is the vagus nerve. It sends signals to your brain and gut in both directions.  In 2011 a study at the University College Cork, in Cork, Ireland showed just how important the vagus nerve is for communication between these two organs. The study focused on how lactic acid bacteria affect neurotransmitter receptors in the brain. In particular, they looked at how lactic acid can be a therapeutic remedy against anxiety and depression. Mice were fed probiotics containing the bacteria lactobacillus rhamnosus to reduce the amount of the stress hormone corticosterone in their blood. These probiotics proved effective in reducing stress and hormones that contribute to anxiety and depression in the mice. However, the behavioral effects were not noticeable when researchers cut the vagus nerve out. Instead, they found that without this nerve; the probiotic stopped working.

Probiotics Fight Inflammation In The Brain

There are certain microbiomes in the gut that are believed to help the immune system fight off fatal inflammation in the brain. They can be administered to our bodies via a probiotic supplement. Researchers Ramakrishna Chandran, Ph.D., and Edouard Cantin, Ph.D tested the probiotic bactericides fragilis on mice who had herpes. Nearly 2,000 people in the U.S have this condition and if not treated properly survivors can have serious neurological conditions. The controlled study gave probiotics to mice to suppress brainstem inflammation. “It’s possible that consumption of certain probiotics may enhance your body’s natural ability to suppress inflammatory diseases,” Chandran said. The study proved to be effective for preventing a “potentially fatal inflammation response in the brain.”  Lactobacillus plantarum is another probiotic known for reducing inflammation. It’s often found in fermented cabbage foods like kimchi and sauerkraut. When these foods are eaten the probiotics offer a host of health benefits. They can produce vital B vitamins like riboflavin and folate. They can increase iron absorption in women and calcium absorption in both men and women. When it comes to healing the body, this probiotic has proven effective at reducing chronic inflammation. Studies have shown that it can reduce inflammation that leads to neurological disorders like autism and ADHD in children. While more research is needed to understand how this particular strand of probiotics affects our mental health, it is promising to know that eating gut-healthy foods can improve our brain and keep disease at bay.

Do Probiotics Affect Your Mood?

Bifidobacterium lactic is a probiotic found in fermented milk products like kefir. Traditionally it as been used to treat diarrhea and irritable bowel syndrome. Recently, it has been useful to prevent psychotic symptoms associated with bipolar disorder. It Canada, the Natural Health Products agency has recently given it the green light to be used as a treatment for “moderate general feelings of anxiety”. It is also considered a natural cure to promote a healthy mood balance”.  A series of tests have lead researchers to consider probiotics to be a mood stabilizer. A small 2013 study reported in the journal Gastroenterology found that women, who ate probiotics, twice a day for four weeks, were calmer when exposed to images of angry and frightened faces compared with a control group. In 2014, a study showed that probiotics were effective for lowering levels of the stress hormone cortisol.

How Do Probiotics Heal The Brain?

We previously mentioned how Parkinson’s disease is believed to be caused by an imbalance in the gut. Yet, what wasn’t mentioned was that it could also be cured in the gut as well. The answer lies in foods like sauerkraut and pickles. These foods are rich in the probiotics bifidobacterium longum and lactobacillus brevis. Both of these probiotics have been shown to protect and promote brain cell growth. Parkinson’s disease is marked by the slow loss of motor function and cognitive decline. It’s believed to be caused by the build up of the protein syunclein in the brain. A recent study at the University of Insubria, in Varese, Italy showed that when probiotics containing the bacteria bifidobacterium longum were given to patients, the excess build-up of syuclein declined. These types of probiotics also reduced inflammation.   More research needs to be done to fully understand exactly how probiotics heal the brain. Yet, it is known that certain probiotics have a strong effect on healing the brain from imbalance, inflammation, and build-ups of certain proteins.

Who Should Take Probiotics?

Probiotics can be taken as a safeguard against pathogens, inflammation, and other problems that can affect the brain. They can also be useful when you are experiencing a decline in your health.  If you are on antibiotics you might want to talk to your doctor about taking a probiotic supplement to support and regrow the microbiome population in your gut. Antibiotics are powerful medicines for killing off bacteria. Unfortunately, they can be too good at their job and can kill off the good bacteria in the gut.   If you are using probiotics as a living food, you’ll want to make sure that you’re eating the right probiotic for you. Different foods have different “gut” healthy bacteria. But, if you have a varied diet you can ensure that you’re consuming a variety of healthy gut bacteria.

It’s also important to note that if you aren’t used to these foods, you might want to slowly add them to your diet. Each person is different. And, you might experience side effects as your gut adjusts. Gas, bloating, and increased bowel activity might be some of the common side effects of the adjustment. Talk to your doctor if you experience any long-term discomfort. And, it’s probably good to talk to your doctor beforehand about any changes in your diet as well. Also, if you’re trying to be healthier, make sure that you’re eating a variety of fruits, vegetables, legumes, and whole grains as these foods aren’t only just good for your gut, but your brain as well.

At the end of the day, science still has a lot of research to do to understand just how probiotics can heal our brains. Yet, science is sure about is that living, whole foods are nature’s first and best defense to ensure that our bodies function properly. If you’re seeking a cure, the best cure is prevention. Eat a healthy and varied diet that includes a probiotics. Get plenty of sleep. Exercise regularly. And, enjoy life to its fullest!

Get new posts directly to your inbox!